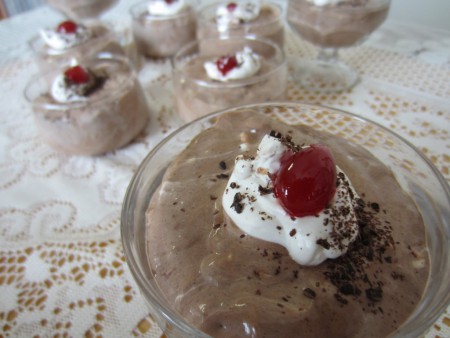 As I shared a few months ago, I bought a package of powder at a health food store to make my first batch of kefir and since then every time I make a batch I have saved a jar of about ½ – 1 cup in the fridge for the next batch and I never have to buy it again. This has been going on for over 3 years.

Yesterday I bought another 4 – litre container of 2 % milk and turned it into kefir. I started it last night by heating the whole 4 litres on the stove in a pot for very little time. I kept an eye on it and as soon as I noticed it was a wee bit warmer than my skin, I took it off the stove. I mixed in a half cup kefir, poured it into quart sealers and covered them with lids. They stood on the counter in the 6 quart pot with about an inch of water – about the temperature of tap water. I covered them with a terry towel. When I got up in the morning one jar was already thickened so I put it into the fridge. As the rest thickened during the next few hours I did the same with them.

There are times when they separate in the fridge with the thickened cream rising and the whey is below and then at times they don’t. I use it both ways as sometimes I want the kefir to be like yogurt and then there are times when I want the thicker cream as I can use it like cream cheese and I use the whey in all of my breads. When making these dessert recipes, it can be mixed up and then measured because the mixture is blended anyway.

As I use more and more kefir in recipes, I make more and more and have it handy all the time. It keeps for more than a month; more like 2 months in the fridge.

THICK CREAM CHEESE
At times when it separates, I strain the cream cheese in a piece of nylon and save the whey in a jar in the fridge to use when baking bread, buns, muffins or when making sauerkraut. The whey will keep for at least 2 months in the fridge or can even be frozen to use later on. This is so nutritious that I never waste even a spoon of it.

I will often add a little salt and pepper to this cream cheese and enjoy it on a slice of bread.

CHOCOLATE PUDDING – serves 8 to 10
If you wish, this recipe can also be made by using plain yogurt instead of kefir. Either way it is a great probiotic recipe.
I am always looking for ways to make each recipe a healthier choice so instead of honey you can also use stevia drops or crystals by following the amount to use that is specified on the container. (For ½ cup sugar)

Sprinkle gelatin over the water and mix in. Microwave for up to a minute. (just until it begins to boil) Set aside.

Heat honey until soft and mix in the cocoa, vanilla and salt until smooth.

Put kefir, gelatin and honey mixture into a bowl and beat until smooth. Place in fridge until it begins to set.

Whip the cream. Fold most of it into the pudding that is not quite set. Divide into the fruit dishes. Top each with a small spoon of whipped cream. Top with a bit of shaved chocolate and a cherry. Place into the fridge until set. Enjoy!

This recipe can also be spooned into a baked graham crust or baked pie or tart shells.