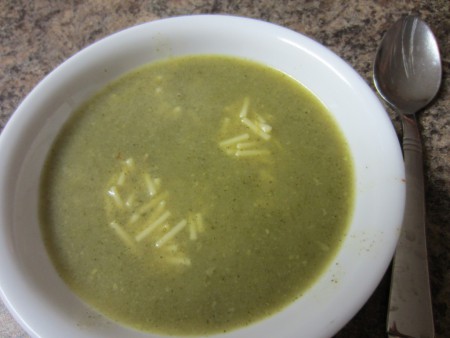 SUPERFOOD – BONE BROTH
Healthy foods that are as close to their natural state as possible and are nutrient rich are often referred to as super foods.
The more I read about health, food & exercise, the more I want to serve and eat nutritious foods in our home; mostly foods prepared from scratch. We want to enjoy good health and this can be a great way to start.

This morning I received a document on Super Foods; three of these being ones we already include in our meal plans. Just creating new tasty recipes can make preparing meals more exciting and as well enjoyable for all of us.

The one super food mentioned is bone broth. We used bone broth for making our porridge this morning. I shared this porridge recipe using oatmeal, chia and hemp seeds a few months ago.

Last week I roasted 2 chickens and made more bone broth by cooking the wings, backs and other bones for 10 hours in a pot of water; with a little lemon juice added to it. After draining the liquid, I added more water and lemon juice to the carcass and simmered it another 10 hours for more bone broth. I noticed all of the gristle melted and came off of the bones into the broth the second time.

Bone Broth Nutrients
Calcium. Magnesium, phosphorus, silicon, sulfur & other trace minerals
Nutrients from the cartilage and tendons in the bones add chondroitin, hyaluronic acid and glucosamine to the broth. Bone broth is likely the most beneficial way of adding these nutrients to our diets.

I decided to use bone broth for lunch in a pot of chicken noodle soup. I always make soup from scratch, but today I was in a hurry so I made this soup by using a package of soup mix as follows:

All 3 of the above powders can be left out, but I now found it an excellent way to add these nutritious powders that I made from my garden produce last summer to meals that I serve. The soup has a green color, but the taste is delicious. Even though these powders are dried, I still store them in the freezer.
Boil as directed on the package.
Monthly . . .
I usually boil a large pot of beef bones without adding any herbs or spices (just a few tablespoons of lemon juice or vinegar) once a month or so and freeze the broth calling it bone broth in the freezer. It can then be used in any recipe, even pudding or porridge because it has little taste.

If I have served a meat that has spices and herbs added, and I cook those bones for broth, I will call it soup broth in the freezer and use it only when making soups, stews or casseroles.
The nutritional benefits of bone broth are extremely great, so it is well worth my time & energy. By making large batches at once, I will then have plenty frozen for the coming month.
Enjoy better health by serving super foods! Sincerely Winnie